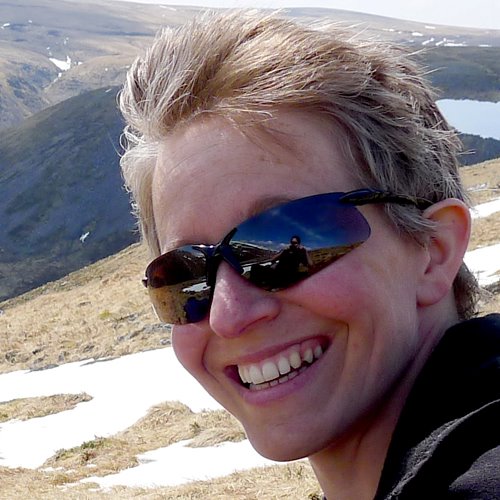 My sister saw a documentary about Asperger’s syndrome about ten years ago, and recognised the very clear characteristics that many members of my family share. She mentioned to my mother (who has since died, but was undoubtedly aspie herself), who mentioned it to me. Nothing more happened for several years, but the thought kept niggling away in the back of my mind.

In 2008, I came across a blog post by a writing friend in which she described her typical day as an aspie. It sounded so similar to my own experiences, that I contacted her and we arranged to meet. She immediately recognised the aspie in me, and was the first person to take me seriously and validate my concerns.

Even so, it took me six months to pluck up the courage to visit my GP, and this was where I made my first mistake: I did not go prepared. After years of pretending to be normal, I had almost forgotten which parts of me were genuine, and which parts fake. I was terrified that reading too much on the subject would influence me to give the “right” answers for a diagnosis. I wanted to present the true me, unbiased by research. Looking back, this is bizarre, because deep down, I still just wanted to be normal, and a diagnosis would forever deny me that chance. As much as I wanted an explanation for all that I’d been through, in my heart, I didn’t want a diagnosis.

So I went to the doctor ill prepared, and alone. I mumbled something about being obsessive, and that people told me I was rude and critical, and asked to be referred to an ASD specialist. My GP, kindly as he was, declared that I was probably just had OCD, remarked on how bad mannered it was of people to say I was rude and critical, and did I think I might be just a tinsy bit depressed… I protested, but he drafted a referral, headed “depression,” on the spot, saying the psychiatrist would assess my need for further referral. He concluded by saying Asperger’s syndrome affected only boys. And, as regards the possibility of an adult woman having it, he said “I don’t think that’s very likely, do you?” I left in tears.

As soon as the psychiatric appointment came through, I phoned the mental-health practice, and asked what ASD experience, or specialisation, the psychiatrist had. The answer was none. I cancelled the appointment. And cried some more.

It took me a further eighteen months to pluck up the courage to try again. This time, I rang the private practice where my writing friend had received her diagnosis, and spoke to her psychologist, Judith Gould. Judith was kind, and interested, and asked me a range of questions. After twenty minutes, she said she could help. I only had to wait two weeks for the consultation, but they were two of the most stressful weeks of my life. What if I was wrong? What then?

Judith Gould’s report described me as “a typical case”.

My autism diagnosis launched me into turmoil. In many ways, it was the best thing that ever happened to me. In others, the worst. Like in an earthquake – when terra firma suddenly isn’t – I lost my datum. I went through the “loss curve”: shock (I cried), denial (I know she’s a chartered consultant clinical psychologist of 40-years’ standing… but maybe she’s wrong), anger (it’s not fair), bargaining (I can try harder), depression (what’s the point of it all anyway), and finally acceptance (Yey! I’m an aspie ;o). I had to let go of my lifelong, and coveted ambition to be normal, but I could also relax, and stop wondering why I felt so inadequate all the time. I was different. I would always be different, and I could stop trying to be like everyone else. I never needed to go to another coffee morning again. Ever.

Finally, I could see that my life should be viewed in a different light, one that better represented my considerable achievements: I was no longer a failure. I could forgive myself.