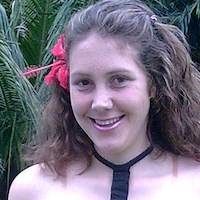 I am also one of the rarer female aspies. I could never understand why most people I came across were offended by small things I said or did. I was constantly being told I was rude, selfish and stubborn. My family were isolated from other people because people didn’t like the way I behaved. They thought my behaviour was inappropriate. For example I asked the host of a barbecue if I could take some of the left overs home and she was offended. Even our church cell group told my parents not to bring me there again after I pushed a younger child into the pool as a joke. I was told I behaved like a 5 year old.

I struggled to make friends and lost them easily. I could never fathom why ‘friends’ suddenly cut me off from their life, not replying to my calls or emails without giving me a reason. I thought it must be my fault. I blamed myself for everything and I felt like a failure. I was always trying to fit in but never succeeding. I developed a very low self confidence because I was ostracised and made an outcast in society. I was constantly bullied in school right up to matric and no one in my grade wanted to sit with me at break. This caused me a lot of trauma which made me develop Post-Traumatic Stress Disorder.

For years I had no idea that I had a motor co-ordination and sensory problem. I was teased because I couldn’t hit the ball straight or I did it too hard. I was always asking people to turn down their music and I was the only one who was bothered by it.

I was diagnosed late in childhood compared with many Aspies. At the end of 2003 when I was 16, my psychologist diagnosed me with Aspergers Syndrome (AS). She had been seeing me for 5 years already, but she had only just learnt about the syndrome. She gave me a book to read about AS, which explained my whole way of thinking and behaving. I was shocked but also very relieved. I finally had an answer for why I had been treated as an outcast all my life. It gave me a framework to see my past experiences. It told me that my ‘bad’ behaviour was not from a lack of character, as many people accused me of, but from the way my brain was wired. I realised that I wasn’t stupid, useless or rude after all. I then understood that most of my struggles were not my fault but stemmed from something I could not control. Once I had processed this new information, I struggled to decide who I should tell about my syndrome.

Once I had come to terms with the syndrome, I decided I didn’t care what people thought of me anymore and I accepted that I was different. Not being popular didn’t bother me after that. I decided that it was better to do my own thing and pursue what made me happy rather than focusing on what everyone else was doing. So I became a free spirit.