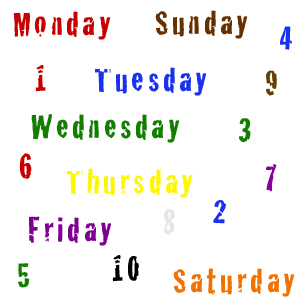 33 thoughts on “What Colour is Monday?”