I was sitting in a meeting, on the first floor of one of a local autism-charity’s support centres, considering that particular room’s suitability for people with sensory difficulties, when my aspie colleague observed how bright the glare from the window was. I couldn’t help adding that the sun’s reflections off passing traffic sent sequential flashes of light across the walls and ceiling. Our neurotypical colleagues smiled, shook their heads, and admitted they hadn’t noticed these details. At that moment, a green flash appeared, and the noise of a diesel engine sounded outside. Those clues, coupled with a particular rattle as the passing vehicle went over a bump in the road, signalled (to me) exactly what kind of vehicle it had been. “Green lorry!” I declared. The others grinned. We noted down “get blind for window,” and moved on to the next subject. 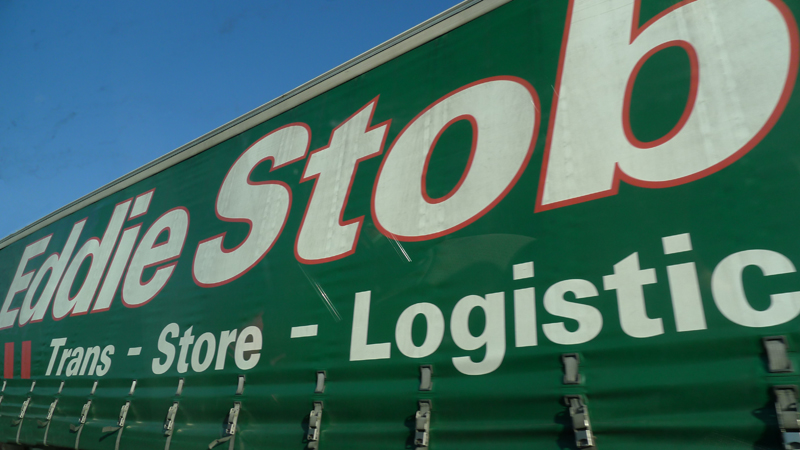 My brain, however, began analysing the tonal quality of the green, and a range of green-lorry images shot unbidden into my head: Asda, Waitrose, John Lewis, the Co-op, Yodel, Tuffnells, Eddie Stobart. The meeting’s attention had now turned to the clutter in one corner of the room, and the need to free up the table for other purposes, but part of my mind had darted off on a tangent, trying to decide which company the lorry had belonged to: the colour was too yellowy for John Lewis, but not yellowy enough for Yodel; too light and too far south for Eddie Stobart; it was a good match for Waitrose, but their lorries are only green front and rear (the sides are mostly white). My best guess was either ASDA, Co-op, or Tuffnells. At this point, something about the rattle returned to my consciousness, suggesting the lorry had been a lighter-weight non-articulated truck, rather than an HGV. This likelihood was supported by the fact that the road outside was a busy, but urban, route, and HGVs tend to take the dual-carriageway instead. One half of my brain had just agreed to put up a noticeboard by the door, while the other settled triumphantly on a Tuffnells 7.5-tonner.

This kind of detail often assaults me. I call it an assault, because I don’t choose to think about green lorries. We aspies can’t help consciously processing a huge amount of input at any given moment, whereas others can just subconsciously filter it out. People often think I’m rude if I can’t hide the fact I’m distracted, which is frustrating; if someone shouted in your face – which is what the green flash was like for me – you’d be distracted too. It doesn’t have to be a sudden event either; a large amount of general input can render me completely dysfunctional given enough time. It’s all about the quantity. Right now, I’m only having to deal with: the light input from four sources (laptop screen, and three lights); the feeling of my legs being crossed; the sound of my typing; the occasional car on the road outside; an ache in my back and shoulders; the smell of casserole wafting from the oven; hunger; and the sound of the children playing downstairs. If one of the kids started crying, or if the casserole began to burn, anyone would notice. But I’m aware of it all now – these things are occupying my attention, yet I can still write. I realise this makes me a good multitasker, something rarely considered an aspie skill.

Fortunately, the meeting I mentioned above was aspie-friendly: if my distraction had been spotted, no one would have taken offence, which is refreshing. So, please, spare a thought for everything else that’s going on in an aspie’s head and, if you spot him going off on a mental tangent, realise his distraction might be conscious, but it’s not necessarily voluntary.

And remember, if there’s ever a quiz round about green lorries, make sure to have me on your team.

3 thoughts on “Assaulted by the Detail”